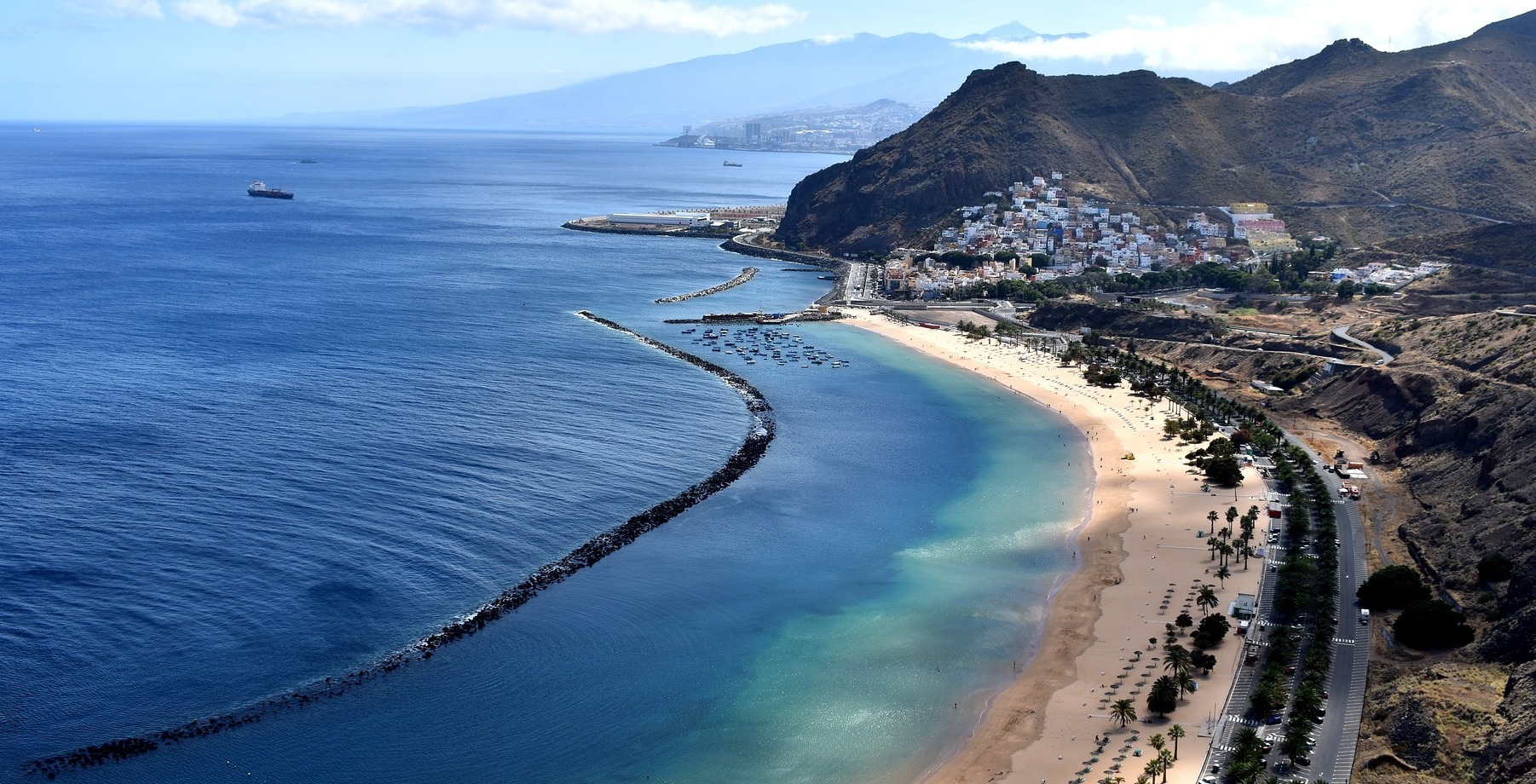 A few recommendations by our Spain expert 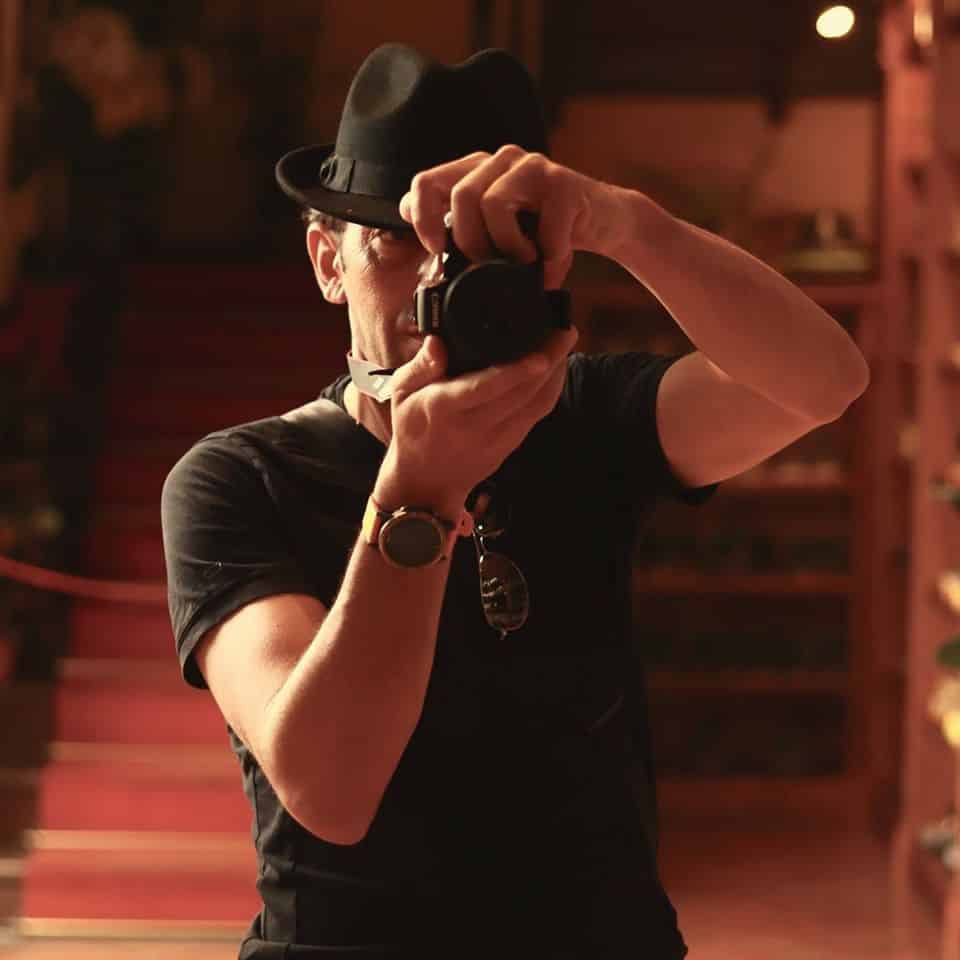 “I’m on a journey defined not by miles alone”

Fortunato’s travels and blog focus on intentional travelling, adventure and travel as a means to improve ourselves and the world around us.

As we fast approach 2020 mid-mark I can’t help looking at my shattered travel plans for this year with disappointment. I had a plan for it all, sea, mountain, adventurous exploration and luxury trips but as time runs away I’m looking at alternatives to make what is left of this year count.

Let’s be honest, I don’t know, nobody knows for certain what travelling will look like when restrictions will be gradually lifted after COVID-19 and perhaps it is a subject that deserves its own post  but that doesn’t mean we have to compromise or rush to the conclusion that we can’t still have it all.

Have it all in Tenerife: an all-in-one holiday in four moves

We all have our own idea of what an ideal holiday looks like. Some of us want sea and sun, other want mountains and outdoor adventure, some won’t settle for less than a five stars luxury resort and others would be happy camping as long as they can breath and taste the local culture and history. Tenerife can offer it all and you don’t need to compromise!

Since you are already on Travelisto.com check out the great offers on accommodation and travel arrangements and get in touch with the team to personalise your trip following my four moves to have it all in one holiday in Tenerife. 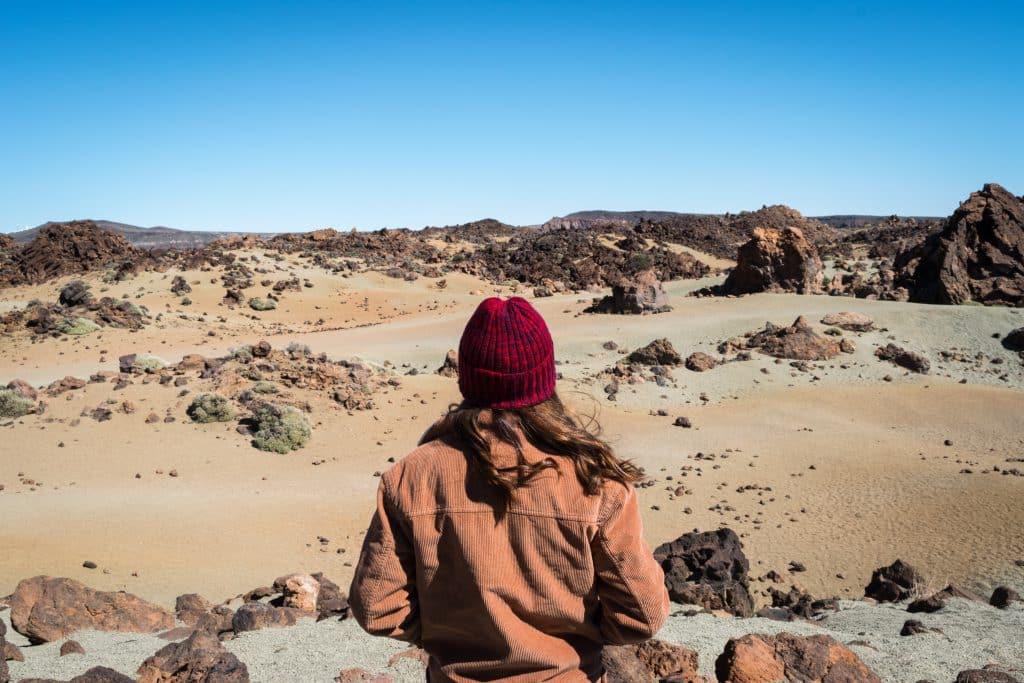 The first move I absolutely recommend is to take a day out and visit the Teide. Tenerife is a volcanic island and, is some respects, you could go as far as saying that the Teide is Tenerife.

Topping at 3718 meters above sea level it is the highest point in Spain and the fourth tallest volcano on earth measuring  7500 meters measured from the sea-floor. The volcano and a very large surrounding area are part of the Teide National Park which is an UNESCO World Heritage Site. It is an active volcano comprising of several vents such as Pico Viejo and Chinyero from which last erupted in 1909. There are several options to visit the Teide, the first and easiest option is to use the cable-car station. The cable car brings you from 2356 meters up to 3555 meters. The last 200 meters to the top of the Teide can’t be walked unless special permission is granted. The main reason is that there are a couple of fumarole emitting gasses and I’m not sure that would be a break of fresh air. Nevertheless from the station at 3555 meters is possible to take a quick walk in a couple of directions and admire the rest of the island below and the remains of the huge crater left by the last collapse of the volcano a couple of ten thousand years ago. If you decide to go, remember appropriate shoes and depending on the season also warm clothing, at that altitude the weather can change really fast. Last thing, make sure you book a couple of days in advance and stick to the booking time and general time schedule unless you are really keen to walk your way down. The second option is to hike your way up to the top. If you choose this option foreplanning is necessary due to the fact that the National Park authority limits the number of people that can hike on Teide each day by issuing a permit. Remember to obtain the permit and bring a form of ID with you before you start your hike. Especially if you will base your stay in the south of Tenerife, the chance of a day trip to the Teide will really make you appreciate how beautiful and diverse this island is. As said before the Teide is, in a  way, Tenerife itself and this is true not only geologically but also meteorologically and in fact it is so big that influences the weather by preventing the majority of clouds reaching the south of the island ( which is semi-arid) and causes over 70% of the yearly precipitations to fall in the north which has a lush, almost tropical vegetation. 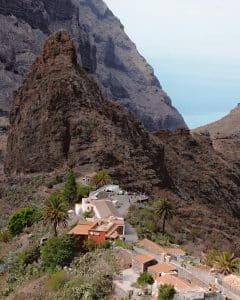 Situated in the west of the island well hidden in the gorges of the Teno massif, lays Masca. For me it is a must see not just because it is a beautifully preserved village but also because of how unique and wild the area is. From the narrow winding road to get there to the imposing cliffs surrounding the village everything seems to belong to a different time and place. Masca was also known as the “forgotten village” because there wasn’t a road to get there until 1991 but it is reputed by many the most beautiful village on Tenerife. It is entirely built on the edge of a rocky mountainside and all of the buildings and its particular architecture are influenced by that. The most evident example is the church that, because of its location, it is so tiny it has room for only eight people. Whether you decide to drive yourself or there by bus, the drive to Masca is an adventure is itself but, if once there, you are still looking for some action you have the option to walk all the way down to the beautiful bay of Masca. This option is not for everybody though; the round trip is a strenuous  six hours hike in a splendid but technically challenging gorge. If the prospect of such a long hike is not up your street there is an alternative way to visit and enjoy Masca bay which brings me to my next recommendation. 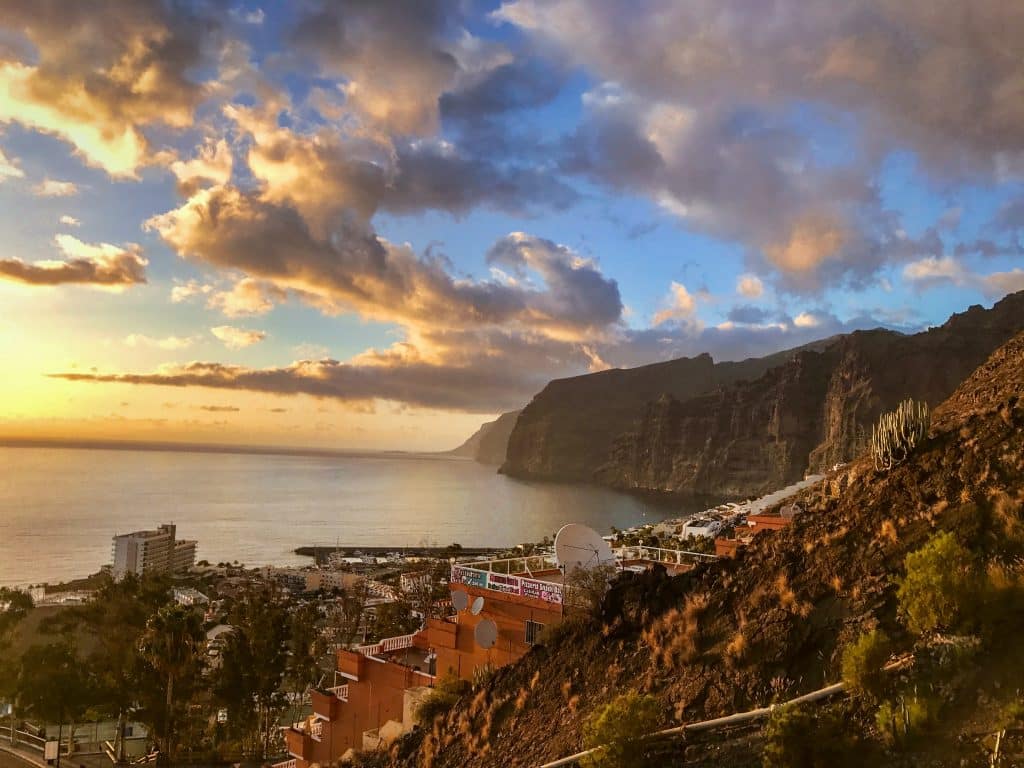 Los Gigantes is a small resort town which is part of Santiago del Teide and takes its name from the imposing and beautiful rock formations emerging almost perfectly vertical from the sea and reaching between 500 and 800 meters. They can easily be reached by road but in most of the cases you’ll end up onto some view point where you will miss what is, in my opinion, the best prospective, the one from below. It is very easy to rent a boat or pick one of the many boat tours on offer and I assure you it will be worth it not just because you can enjoy a dip in the ocean or a swim to Masca bay but primarily because Tenerife is an island and the sea surrounding it is integral part of its environment and it deserves your appreciation.

Situated on the northern side of Tenerife, Garachico is one of the hidden gems of the island. Founded in 1496, it established itself as an important port and export hub for Malvasia wine; ideally positioned on the route between Europe and the New World, it had all it needed to become a thriving city. In 1706 things changed and an eruption filled with lava the harbour putting a stop to the trade activity which moved to Santa Cruz. Digging into the town history, the eruption was not the only calamity hitting this community. Historical accounts report bubonic plague outbreaks, floods and locusts’ invasions and for that alone I can see why their motto is “Glorious in adversity”. That said, for visitors today the eruption left the natural pools where it is possible to take a dip in a somehow surreal context. I also got the feeling that time stopped and Garachico has preserved its originality and nature. There aren’t big hotels or establishments; a stroll along the narrow cobbled streets easily unveils beautiful churches, colonial buildings and monuments that hint at an even richer past.

Ready to book a Spanish vacation? With the help of our dedicated team at Travelisto, we can help you plan your escape to the beautiful country. Travelisto can build a package to suit individual needs.

Our favourites hotels in Tenerife 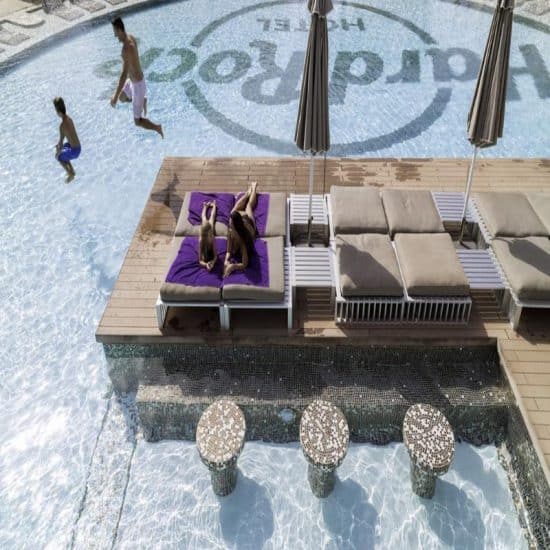 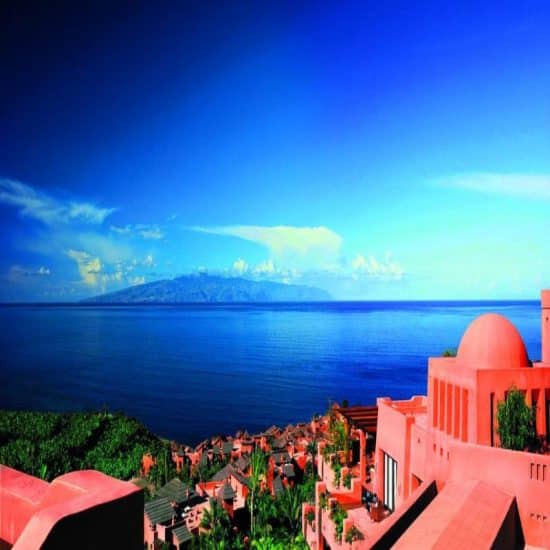 £ 1,249 / per person
A great hotel for anyone wishing to explore idyllic…
7 nights 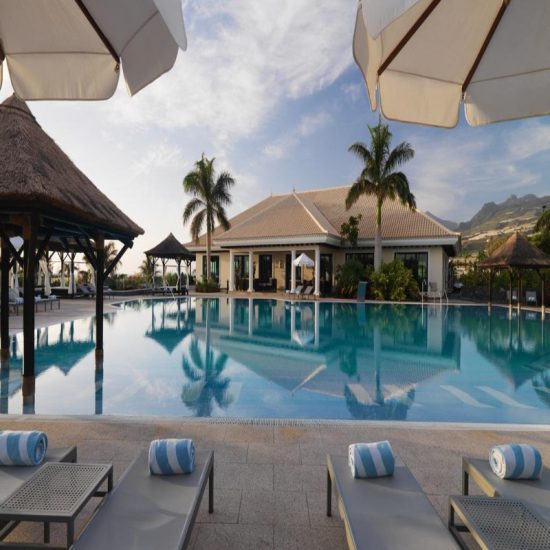 £ 1,549 / per person
A peaceful and elegant oasis, the Adult Only RedLevel…
7 nights 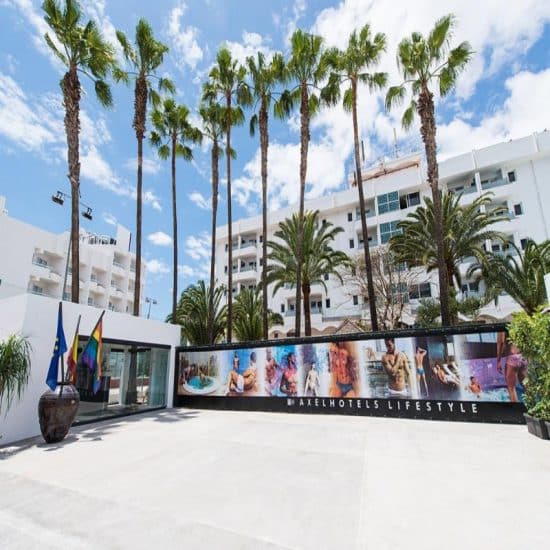 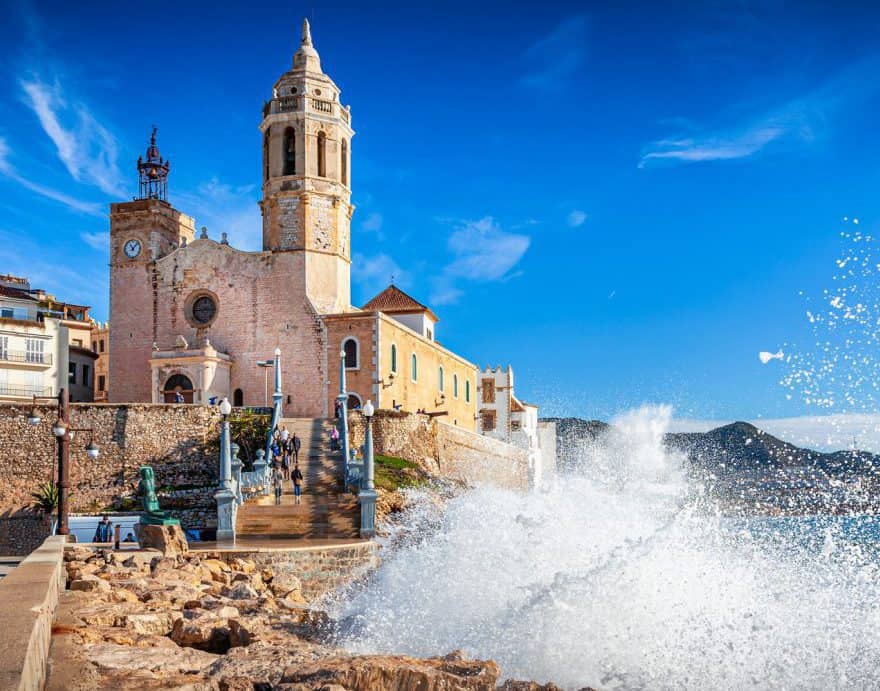 Where to stay in Sitges 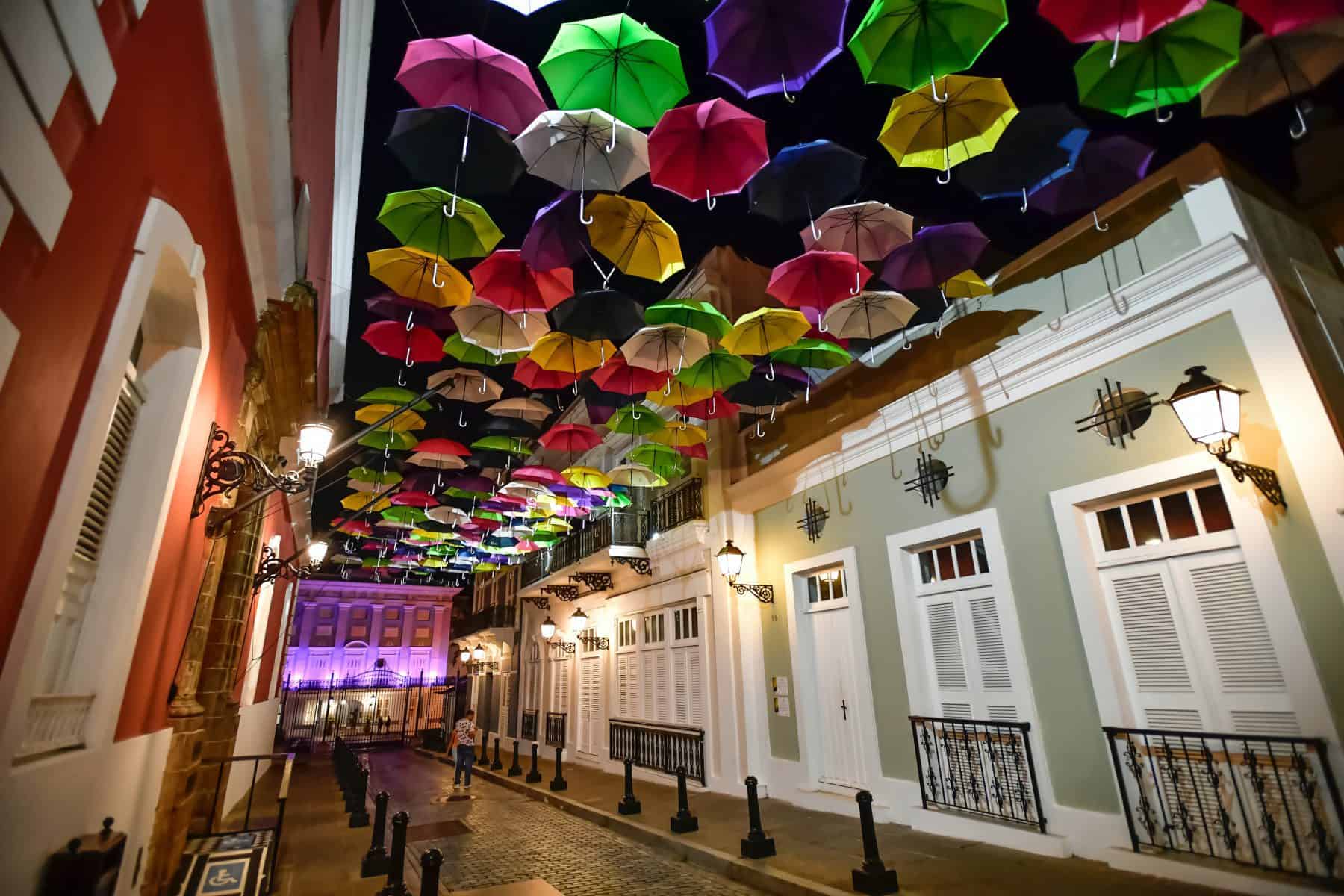 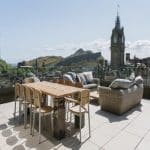 £ 299 / per person
Originally a bank converted into a gorgeous hotel. From studios to 3 bedroom penthouse, this all apartment stylish 5 star hotel is right in the centre of Edinburgh.
3 nights 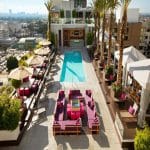 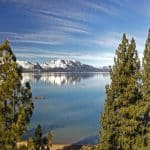 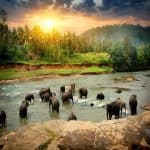 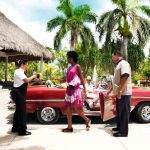 £ 1,299 / per person
Experience Cuba’s diversity from the vibrant city of Havana to the dramatic landscapes of Vinales, from French-influenced Cienfuegos, to the charming street of colonial village Trinidad. Finish your Cuba experience by some of the best beaches in the Caribbean at either Varadero or Cayo Santa Maria. This is a complete Cuba experience designed with luxury and comfort in mind, but enabling travellers to experience authentic Cuba.
14 Days 13 Nights 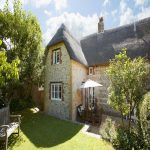 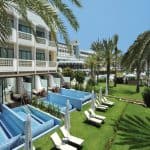 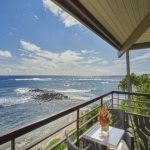 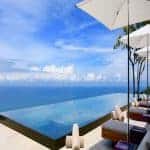 £ 1,447 / per person
Eight luxury suites in a tropical minimalist design with panoramic views across the rainforest and ocean set the stage for ultra-personalized luxury, relaxation, and privacy.
3 nights
We use cookies to give you the best possible experience. Learn MoreSettingsACCEPT
Privacy & Cookies Policy