Go in search of blue-footed boobies, sea lions, giant tortoises and land iguanas plus a whole host of other incredible sea and bird life

On arrival transfer to your hotel. The rest of day is at leisure. Dann Carlton
2

Transfer to the airport and fly to the Galápagos where your adventure begins. Board the Yacht La Pinta and sail to Mosquera Inlet, a small volcanic uplift between Baltra and North Seymour. Here, take a walk on the beach through the sea lion colony. You will also have your first opportunity to snorkel off the beach. (BLD) M/V Yacht La Pinta Ship (6 nights)
3

After breakfast, visit the endangered giant tortoise-breeding centre and get up close to these majestic animals. After lunch onboard visit Punta Pitt, the only site in the Galápagos where the three species of boobies can be found together. Snorkel off the beach, grab a kayak, take walk on the beach or enjoy a panga ride along the coast. (BLD)
4

After breakfast, take a dinghy ride over to the idyllic sandy-white beach on Sante Fe Island populated by many sea lions. The endemic land iguana, unique to this island, may be spotted during a walk amongst the giant prickly pear cactus. Snorkelling and swimming from the panga rounds off the morning, or if guests prefer, the glass bottom boat is available for non-snorkelers. Following lunch, disembark on South Plaza and take a walk through the prickly pear cacti groves in search of yellow-grey land iguanas. Along the coastline find sea lion colonies and gliding frigates, swallow-tailed gulls and shearwaters. (BLD)
5

Visit the Charles Darwin Research Station’s Giant Tortoise Breeding Centre before heading inland to the cooler climes of the highlands, a completely different ecosystem. In the afternoon there will be a choice of activities on offer that can be chosen locally with your Expedition Leader. (BLD)
6

Enjoy an exciting walk amongst the unique sea bird colonies of Galápagos, including waved albatrosses (Apr-Dec), Nazca boobies, blue-footed boobies, and swallow-tailed gulls as well as a view of the famous Galápagos ‘blow-hole’. Set sail again in the afternoon for the beautiful white coral beach at Gardner Bay, a beautiful setting for observing sea lions, mockingbirds, and finches; also expect great snorkelling in this area with sightings of turtles, penguins and sharks a high possibility. (BLD)
7

After breakfast, visit Eden Islet, where you can observe blue-footed boobies diving into the water, reef sharks and frigates. There’s a chance to snorkel and, weather permitting, ride in the glass-bottom boat and kayak. After lunch it’s on to North Seymour Island, full of bird colonies of blue-footed boobies, Two species of frigate birds, swallow-tailed gulls, as well as sea lions and marine iguanas. (BLD)
8

After a final breakfast, transfer to Baltra for the flight back to the mainland. (B) Dann Carlton
9

Your tour concludes today with a transfer to the airport for your onward flight. (B)

Destinations included in this cruise expedition

Galápagos Islands at a glance

Baltra is one of the main gateways to the Galápagos and many cruises depart from here. The island has more desolate vegetation than any other including the dramatic cactus tree.

The Galápagos’ alternative airport destination. In September 1835 it was the first island Charles Darwin set foot upon in the Galápagos. The island is home to many sea birds, including frigate birds and the blue-footed booby, and large sea lion colonies.

Learn about the conservation efforts being undertaken at the Charles Darwin Research Station. Impressive giant prickly-pear cactus forests, many land birds including eight species of Darwin finches and the famous giant tortoises can all be seen here.

A small island, Bartolomé has a wild and unearthly lava landscape and is home to the famous Pinnacle Rock. To get the most breathtaking views and fantastic photographs you will need to take the steep climb, aided by a wooden staircase, to the top.

One of the larger islands in the archipelago, dramatically covered with lava flows, arid vegetation and volcanic black sand beaches. At low tide the marine iguanas graze upon the emerald green algae. Santiago is great for snorkelling and swimming.

The small bay on Santa Fe provides one of the most picturesque anchorages in the Galápagos, often strewn with California sea lions. Follow a trail past tall opuntia cacti and spot the large endemic land iguanas.

The youngest island in the archipelago has an amazing combination of barrenness and abundant wildlife. Having no introduced mammals, it has a very unique environment, with the highest density of marine iguanas, sea lions, Sally lightfoot crabs, and hawks.

In 1793, the ‘Post Office barrel’ was established by British whalers to send letters to and from England; home to pintail ducks, warblers, stingrays, green turtles and the pinkest flamingos in the world. 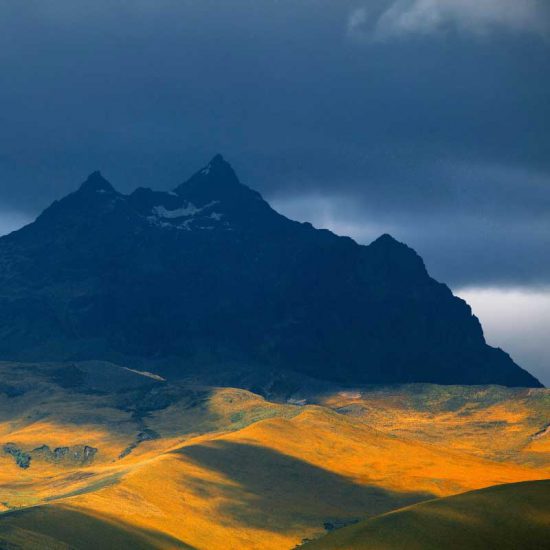 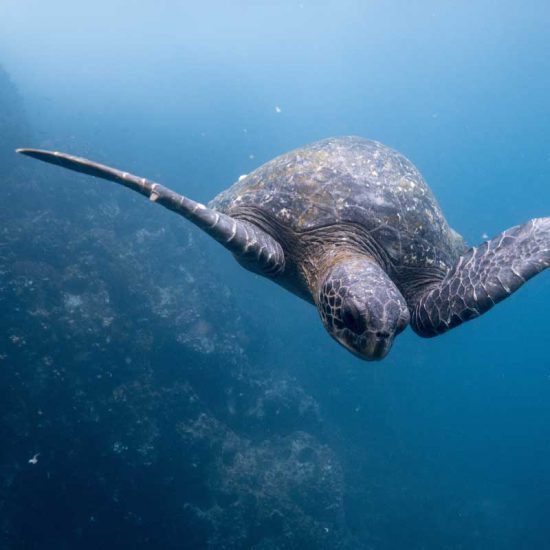 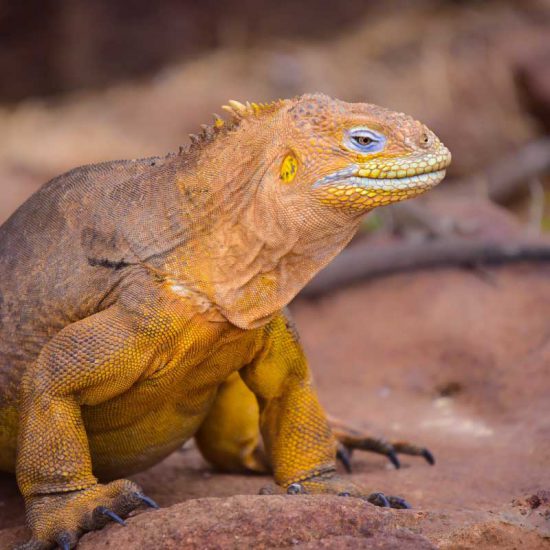 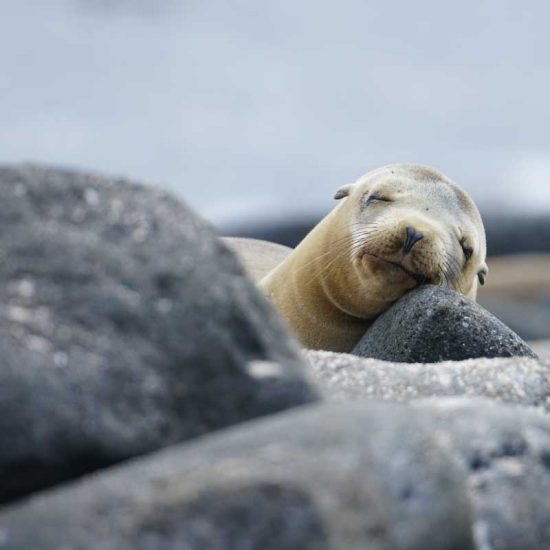 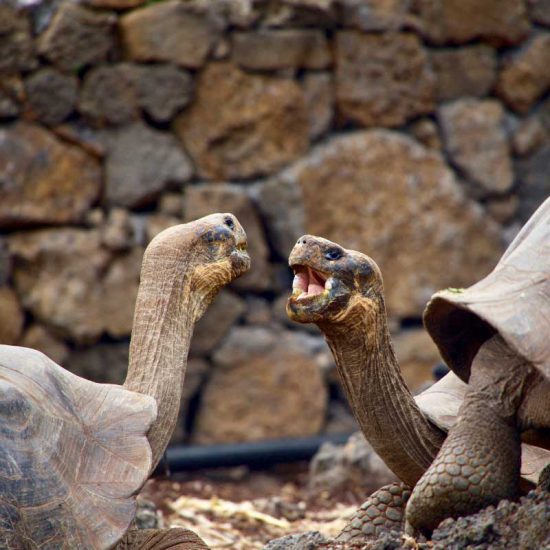 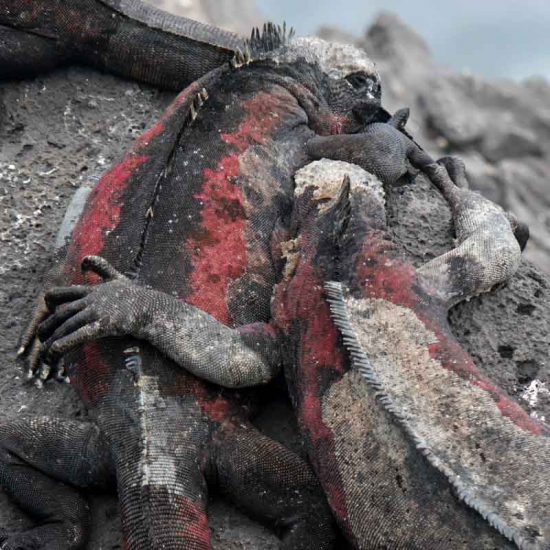 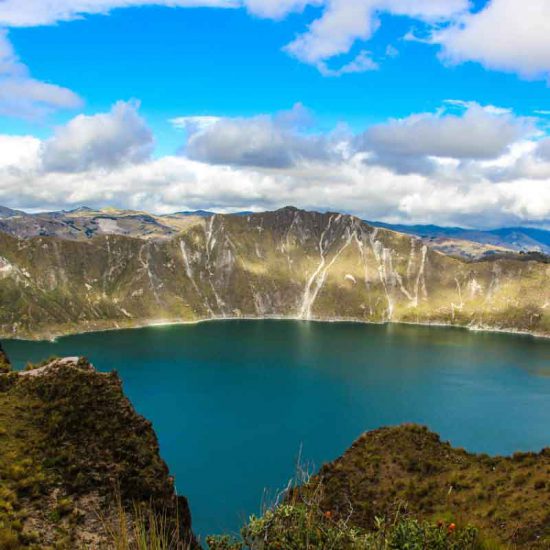 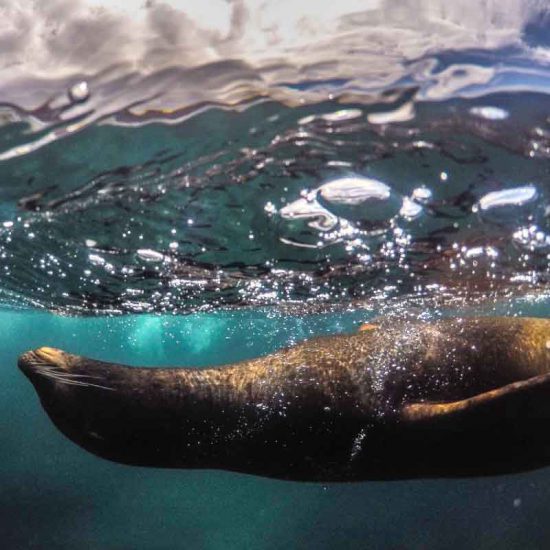 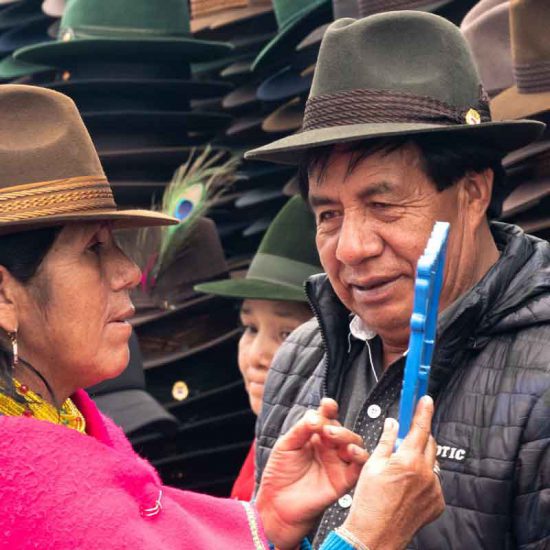 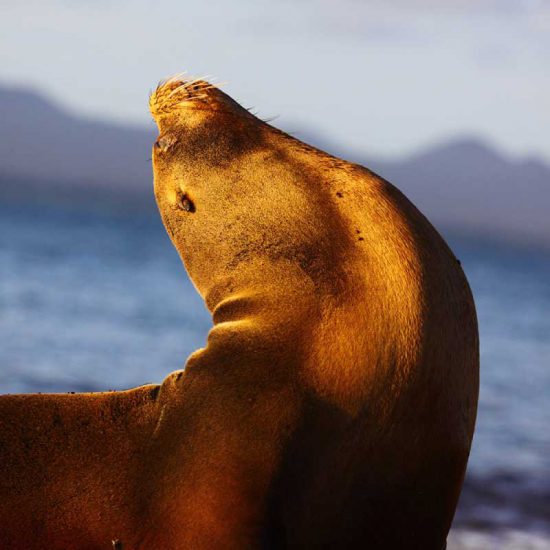 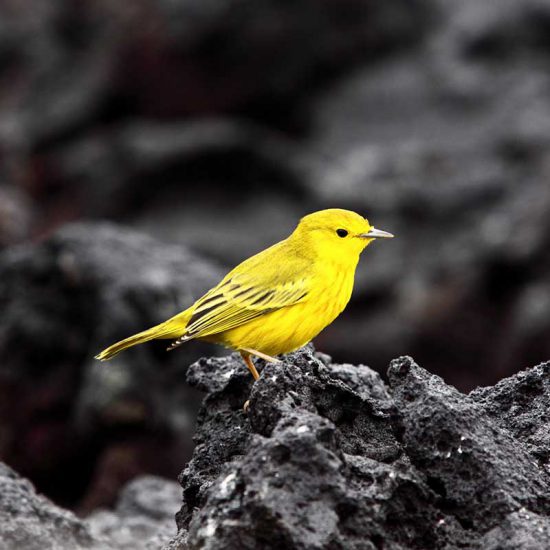 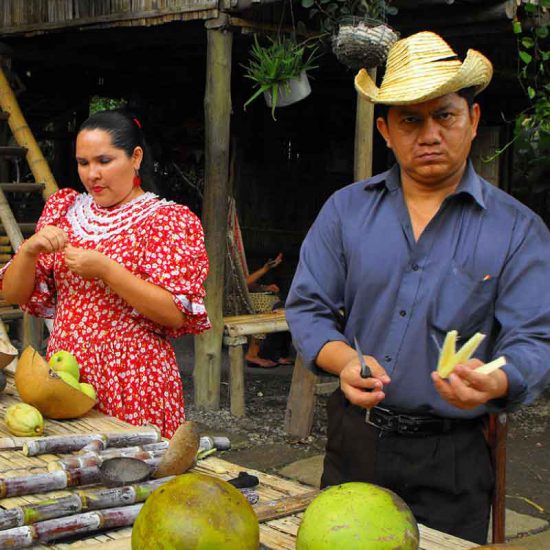 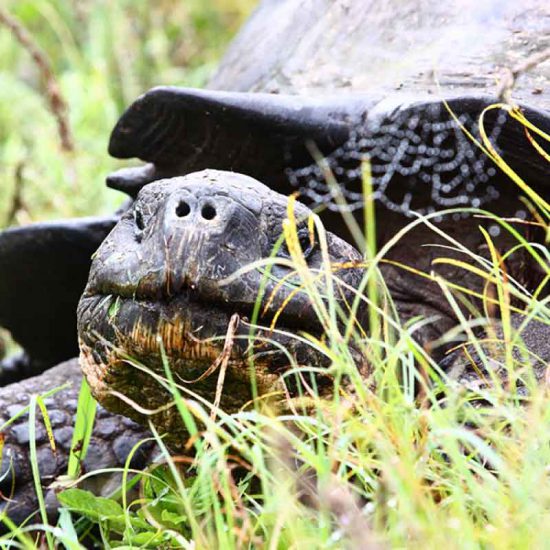 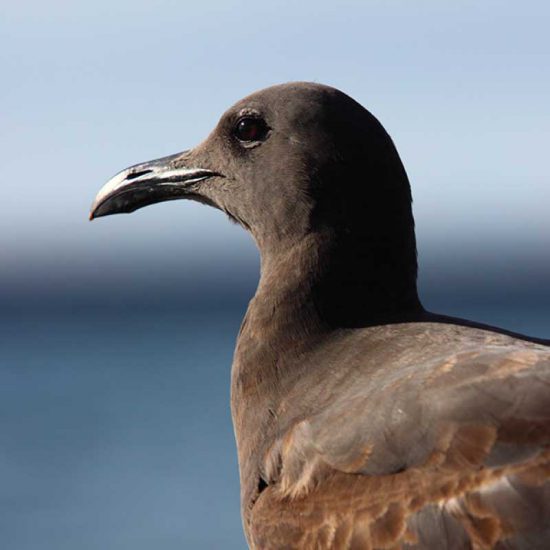 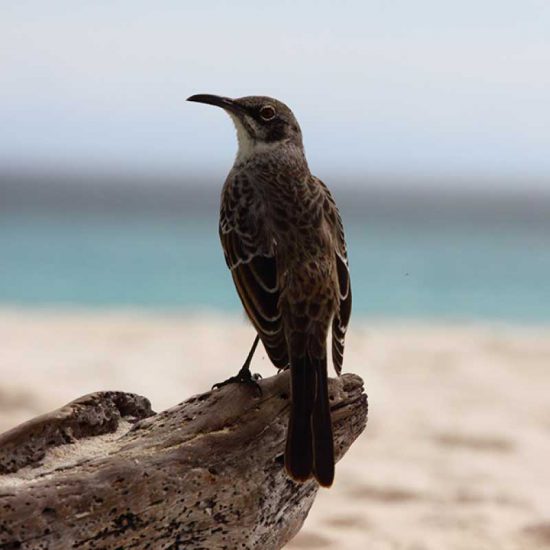 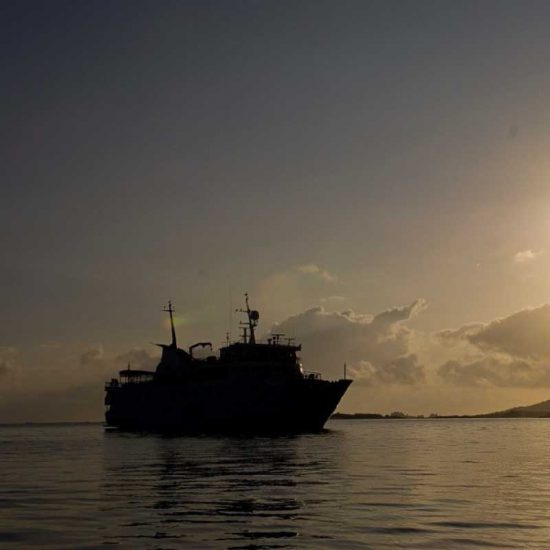 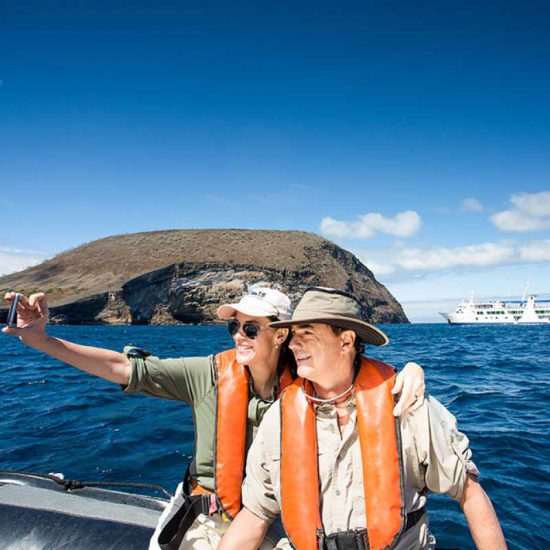 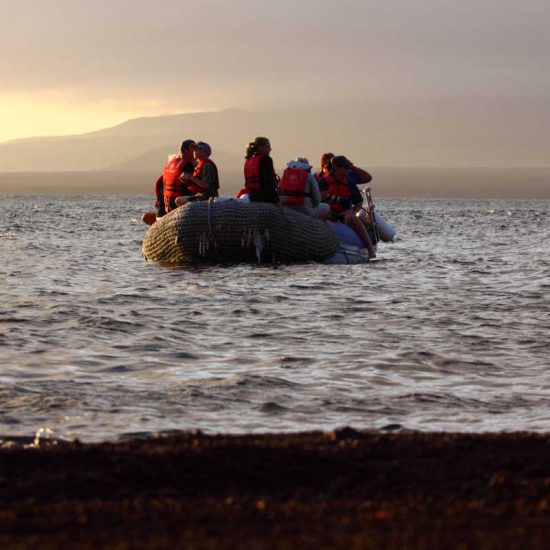 Unbiased opinions from our client about this holiday and Travelisto as a travel design service that is all about personal service, destination expertise, and attention to detail to create for you the perfect time away

Would you rather speak to a destination specialist about this trip?
Give us a call and have a chat with a travel designer with direct destination knowledge and lots of insider tips on how to make the most of your holiday. Speak to your travel designer on 0208 126 1000 or make an enquiry

Ask for a free quotation